Question: What country was not part of the historic country of Gran Colombia?
Answer: Gran Colombia was made up of Colombia, Venezuela, and Ecuador. It was formed during the 19th-century wars of liberation against Spain. It later disintegrated.

Question: Which of these men lived in South America?
Answer: In the early 1500s, Spanish conquistadores heard tales of an Amazonian king who regularly coated his body with gold dust. The Spaniards called him El Dorado, "the gilded one."

Question: What did the Maya and Egyptian civilizations not have in common?
Answer: The Maya Indians of Central America did not mummify their dead. Like the Egyptians, they had writing, kings, and pyramids.

Question: Which of these peoples ruled over ancient Mexico?
Answer: The Aztecs ruled over most of what is present-day Mexico for several hundred years. Their empire fell with the Spanish conquest of 1521.

Question: For whom was Bolivia named?
Answer: Bolivia was named for Simón Bolívar, who is known as the George Washington of South America. Bolívar led wars of independence against Spain in the 19th century. 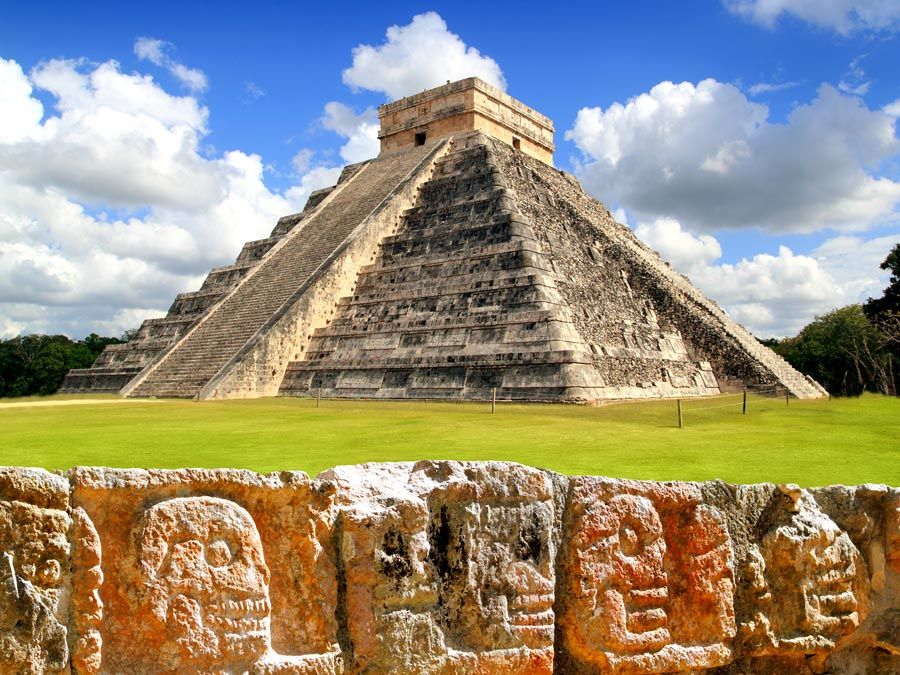 Was the Incan civilization located in Mexico? For whom was Bolivia named? From Belize to Gran Colombia, step back in time and journey through the empires and countries of Latin America.

Health & Medicine
Blood: Fact or Fiction?
Browse All Quizzes
Your results
Question Question {{($index + 1)}}
Your Answer:
{{vm.state.responses[$index].isCorrect ? 'Your' : ''}} Correct Answer:
Are you a quizmaster?
Share Your Score:
Facebook Twitter
Compare your score
Max Score: {{vm.maxPoints}}
New Best Score!
{{vm.state.score|number:0}}
{{vm.communityAverage|number:0}}
Your Score
Community Average
High scores
Login or Join to track your quiz stats, save your best scores, and compete with the community!
Your preference has been recorded
Step back in time with Britannica's First Edition!